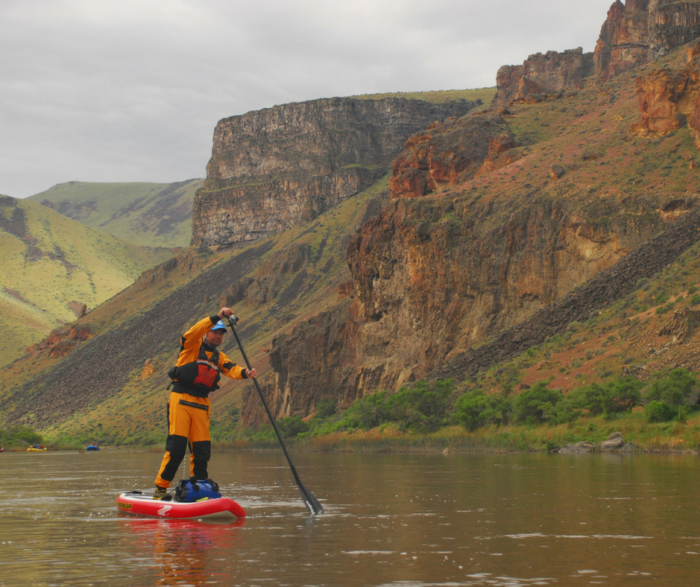 My first memory of being in a boat was as an elementary school student. At that time my family lived in Hawaii, it was a dugout outrigger canoe. We were members of the Honolulu YWCA (because they had cheap beach access and showers). The Y had a paddling and surf club with outrigger canoes. Small kids, like myself, would accompany the men into the surf and when the outrigger pearled we were the ones sent to dive for the bailers (cut out plastic Clorox containers). I remember very clearly the first time I was in one of those outriggers when it surfed the face of a wave, the hull accelerated, popped to the surface, and started planing while making a loud humming sound — I was hooked.

Later, when my folks moved to the east coast, I started paddling my dad’s aluminum Grumman canoe. When I trashed his Grumman during a high-water trip on the Yough (still a sensitive family topic) it was time to switch to kayak. That was back in the late 70’s and since then I’ve paddled lots of different kayaks.
Most recently, I’ve started paddling stand up boards on the local class II runs (I live in western NC where we have good access to summer flows on rivers like the Nantahala). Stand up paddling has added depth to my paddling by making class II very fun and challenging. When I go paddle something like the Ocoee or the Cheoah, I take my kayak. Activity that requires body armor is a little out of my league these days.