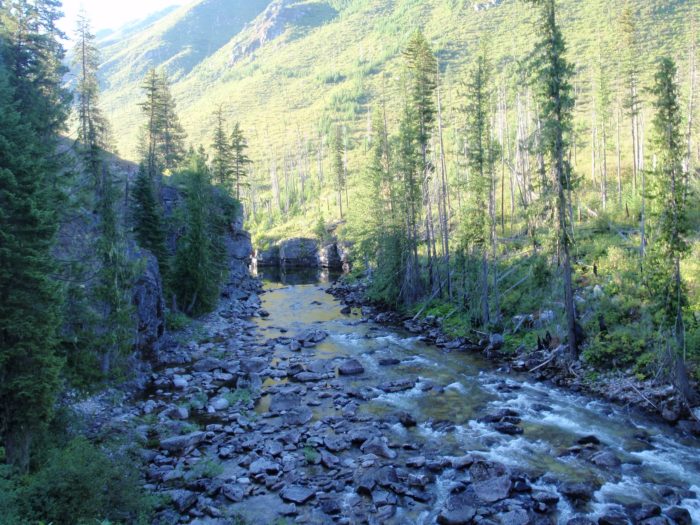 It was August of 2011. Two of us left Whitetail Flats camp on the Selway River before dawn to hike up Bear Creek, and the sun was just cresting over the mountains as we approached the fabled Salmon Hole. Here, over 500 miles from the ocean, several Chinook salmon were in this final staging area as they prepared to spawn. Salmon have been staging here for eons but their populations were nearly wiped out by a downstream dam in Lewiston. Thanks to the efforts of fisheries biologists and the removal of that dam in the 1970’s, the salmon have repatriated this natal stream. As we stared into the gin clear water from the cliffs above the Salmon hole, deep in the heart of the Selway-Bitterroot Wilderness, like a ghost, a salmon emerged from the shadowy depths and then disappeared into the riffle, on its way to create the next generation. We returned to camp shortly thereafter, forever marked by the experience.