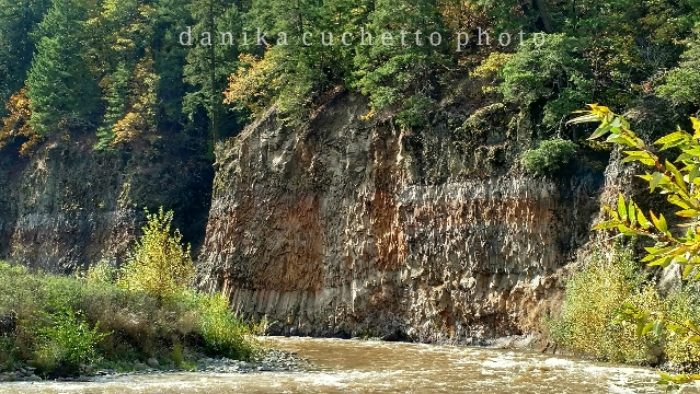 2016 was the memorable year I moved to White Salmon, Washington. In getting to know the Gorge and the tributary river this town was named for, there was usually talk about an old dam. A dam? That isn’t there any more? And a lake? Returned to a river? Yup. 100 year old Condit Dam and Northwestern Lake, a landscape of the past.

I was mostly just confused at first. It made sense to remove a dam that wasn’t contributing to local power grid, let alone operating without fish ladders for nearly 100 years on a river that once was a sacred native fishery. I had never witnessed a project like it, so I spent some time on Google Earth and found my puzzle. My house was in the middle.

The end of my road led to the steep banks of that since disappeared lake. Now just a sloping cliff hanging over the river below with a bunch of “no river access” signs lining driveways. Down the highway is an access road to the abandoned power house for the old Condit dam. At the first bend in the road you can stop to look over the edge where the dam used to be. The land has been so expertly reconstructed at first its hard to tell where the dam stood only a few years before. Clues being the unnaturally straight lines in the hill jutting out, once an earthen part of the dam. Now, entrance to an ancient fishery returning abundance that has not been seen in this river for nearly a century.

Turn around a few miles up the highway and over the river on the western banks is a neighborhood of vacation lake houses. We stopped at one of the many that were up for sale and walked out on its dry, settled dock. The water once calm and visible from the house is now audible instead, rushing loudly a hundred or so yards away.

The river had cut its new path leaving a large swath of sunny land between the water and the houses. In the first couple of years after removal this old lake bed created quite the dust storm worth complaining about, along with diminished vacation rental values and settling foundations. Now covered in new re-plants all the way up to the old “lake” houses, with a new path leading to a peculiar wall of waterlined basalt. The unnatural checkerboard of waterlines perpendicular to our native basalt columns reminds us that we’re standing in a large bowl sculpted from unnatural forces, and had you been here 8 years ago you would have been underwater.

With this example you can see the scars if you know where to look, which is getting harder as years of endless benefits become more and more obvious. Most noticably, the whoops of thrills and laughter coming from boaters accessing the long forgotten Lower Lower of the White Salmon River all the way to it’s confluence with the Columbia.